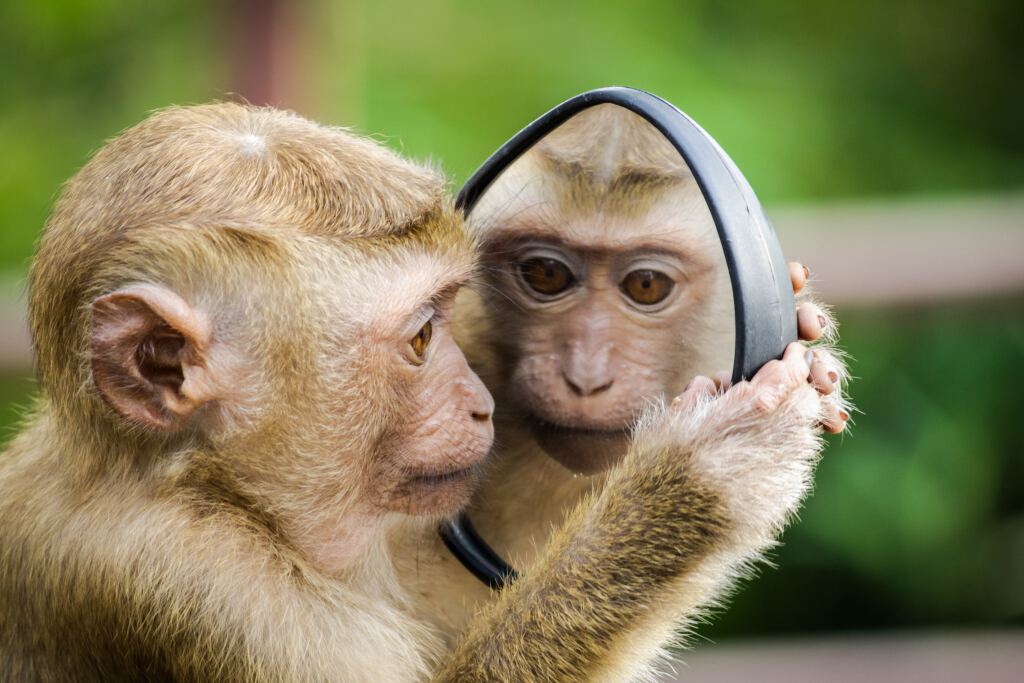 In English, there is the beautiful saying “Not my Monkey”. When someone comes to you and describes his problem, he often tries to place his monkey onto your shoulder. How to react in such a situation?

We did a little simulation, which opened my eyes: In total, there are four actors. The client, the consultant, and two observers. There are two rounds.

In the first round, the client describes a problem from his professional environment for ten minutes. The consultant must not interrupt and must patiently listen to everything. He’s allowed to take notes. Then he is asked to advise the client for another ten minutes and propose a solution and describe the solution path.

The observation of the body language is particularly interesting: While in the first ten minutes the customer eagerly gesticulates emotionally living his problem, the advisor listens and nods understandingly from time to time, eagerly taking notes.

In the second ten minutes, the consultant becomes active. Empathetically, he will first summarize the problem once again as understood, make reference to his own wide-ranging professional experience, and finally point out some solutions that he sees as suitable.

During this presentation, the client will listen with interest first. At the places where he was apparently misunderstood, shake his head slightly and then fold his arms bit by bit and withdraw.

The attitude becomes a “well, if he means – he is the expensive consultant after all”. The monkey went to the consultant. At best, the client is interested to see when exactly the consultant will realize that the proposed solution will not work in his environment.

The second round has a different setup: Again the customer describes his problem for ten minutes. The consultant asks open questions “What solutions have you evaluated?” “Who else did you want to involve in decision making?” “Which solution did you find most appropriate?” Sharing own experiences or opinions was strictly forbidden.

At the end of the round, the client was asked about his judgment. To my astonishment, he felt totally well listened and advised. Through the interventions of the consultant, he even made progress in his own considerations during this time. Happy and content he stroked his monkey.

In my professional past, I have been so eager to pick up problems and solve them that I have not even developed a sense of when someone does not want a solution from me at all.

My wife already knew this weakness and how to deal with it. When she needed to complain about something that had happened to her, she said directly: “Just listen and don’t give me a solution to my problem. Just say something from time to time so I get reaffirmed that you’re still listening to me.”

The monkey helped me a lot in later leadership situations. This visualization allowed me either to consciously save the poor animal in case of emergency or to support its owner to take good care of it.

Especially with larger teams, it is essential not to take every monkey on your own shoulder. Not only does it overburden the manager, but it also de-commits the many eager animal keepers, who actually like to take care of their animals and only need a pad on the back from the zoo management from time to time.

Are you somethimes too quick putting the monkey on your shoulder? Have you ever felt overburdened by all those creatures? Do you sometimes wish to have someone who helps you think and doesn’t impose his solution on you?

Translated with www.DeepL.com/TranslatorTranslation into English supported by DeepL and Grammarly